Amidst the changes coming to Facebook as a result of Cambridge Analytica Scandal and the announcement of the new algorithm that focuses on promoting ‘meaningful interactions‘, Facebook has also announced that they’re no longer going to be tolerating people bending their rules to generate more engagement on posts.

To accomplish this, Facebook has blacklisted some very popular tactics that have been historically used to increase engagement – or as it’s now known, ‘Engagement Bait’. Not only will these types of posts be restricted in terms of their reach, but the pages that constantly break the rules will have their placement within news feeds demoted.

Here we take a look at the 5 engagement bait tactics that have recently been in the spotlight and discuss how you can work around these new changes to avoid a Facebook penalty.

Facebook reactions first came into play in early 2016. They were designed as a way for people to engage with a post in different ways, rather than simply just ‘liking’ it.

Vote Baiting is a tactic that encourages users to vote by reacting to the post – you’ve probably seen it countless times! These polls themselves are not banned but, as stated within Facebook’s guidelines, if you’re going to use reactions for a poll, the choices must match the emotion given through the reaction;

The guidelines also mention that the reactions shouldn’t be the more distinctive or prominent feature of the post. If you want to do this type of poll to boost engagement but don’t want the risk of losing your reach, you could try posting an actual poll. This generates engagement in terms of clicks, and your audience is likely to answer it because it’s easy to do. Another way you could do this is to simply ask them which one they prefer. Although it’s easier to generate engagement with clicks and likes, the people who interact with the post will think of the post as something worth answering, therefore you’ll be receiving more meaningful engagement with your followers.

It’s important to remember that if your audience is interested in your posts, they will engage with them, so aim to be helpful, interesting and relevant with anything that you post to maximise your engagement.

When running a competition ask your audience a question, then ask them to submit their answer in the comments section.

To increase engagement further you could try offering a game, such as a ‘caption this image’, or a ‘fill in the blanks’ post.

The aim of the ‘tag’ option on Facebook is to identify the people within an image. However, you see a lot of posts in your newsfeed that tell you to ‘tag a friend’ either in the image or in the comments – This is considered as Tag Baiting because the image isn’t actually of them.

Although tagging people in the post or image is a great way to improve your reach and engagement, it isn’t what tagging was created for. These short comments are now considered a lower quality of engagement than longer comments, and asking for a tag can be seen as tricking the system.

Facebook hasn’t indicated that this will negatively affect your reach, but there are a lot more ways for you to encourage engagement.

If people are tagging their Facebook friends in your posts without you asking, this means that your content is interesting and relevant to your target audience. It would be more effective in terms of engagement if you were to ask your audience an engaging question rather than asking them to tag someone.

Engaging questions are the key to creating meaningful engagement on social media, and here’s exactly how you can write them yourself; The more relevant your post is to your audience, the more they will engage with you and want to get to know your business – So focus on their needs and wants!

Reaction baiting is similar to vote baiting, in the way that you are asking your audience to use a reaction to answer a question. This is usually done in the form of identifying or describing yourself.

Again, very similar to vote baiting, Facebook’s problem with these types of posts is that the reactions aren’t being used in the way they were designed for. Telling somebody to engage with your post breaches their guidelines, so even though you might get engagement, Facebook will lower your reach.

To get the likes and engagement that you want on your Facebook posts, think about what your audience wants to see and what has resonated well with them in the past. If your audience loves your posts, they will like them and want to share them with their friends.

Comment baiting is when you encourage people to leave a specific comment on your post. For example, asking the audience to leave an emoji in the comments, or comment using a particular word for something in return, like a private message to give them more information.

It’s as simple as NOT telling your audience how to comment. Despite telling them how to comment making it slightly easier for them, this will not impact the number of comments on your post massively; If they want information they will ask for it.

One way you could do this is;

Other than this, you could try asking the engaging questions mentioned previously.

Do you want to find out more about how to overcome the challenges we all face in the digital world? Get in touch with the Web Presence Team today! 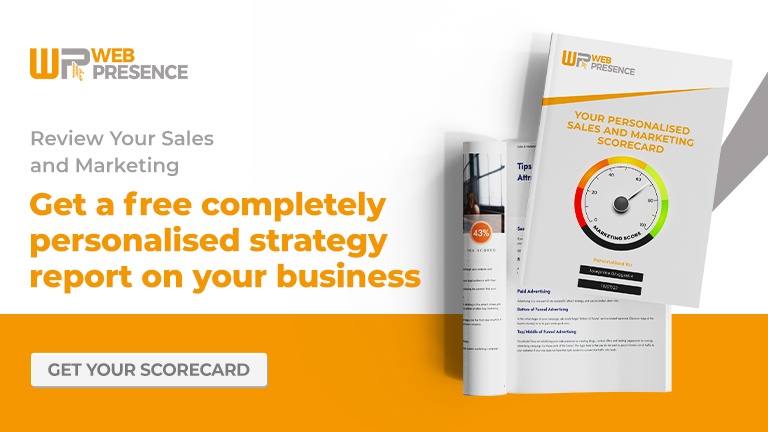 5 Macclesfield Businesses Who Are Killing It On Social Media!
Read More

iOS 14: The Impacts Of Data Protection On Digital Advertising

The Roles & Responsibilities Needed For A Successful Content Marketing Strategy